The Food of Love: Notes for Valentine’s Day

Where else to start but with the incomparable Dame Barbara Cartland’s cookery book, The Romance of Food published in 1984. The authoress (she would have insisted on the feminine noun) of over 350 romantic novels, with titles such as Gypsy Magic, Bride to a Brigand and The Island of Love, was also a proponent of health food, especially honey. 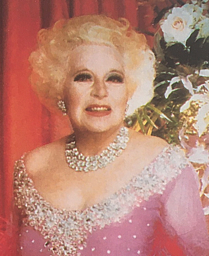 Her cookery book was co-authored with her personal chef but as the forward is at pains to point out “All the photographs were taken under the personal supervision of the author at her home in Hertfordshire, using her own backgrounds and ornaments.”  To be honest, the recipes are not that memorable but the illustrations and the Dame’s pensées are priceless. Here are some of them:

“Lettuce is one of those fascinating foods which is controversial. Pliny said lettuce had the power to quieten sexual desire. There is a legend that Venus, mad with grief at the death of Adonis and tormented by ungratified passions, threw herself into a bed of lettuce to calm her emotions. Yet German brothels serve lettuce to stimulate their clients.”

“Gooseberries are under the dominion of Venus”

“Both Pliny and Athenaesus mention the carrot as an aphrodisiac. The Ancient Greeks had great faith in it for exciting passion and one of the old writers said: “the root winneth love”.

As an aside to a recipe for Noisettes of Lamb with Baby Vegetables:

“What woman does not long to be carried like a lamb in the arms of the man she loves.” 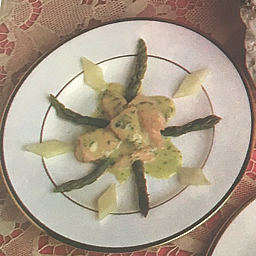 And as for Salmon Starter with Green Mayonnaise:

“Say, when you dine with the man you love, the words of Yeats:

Bend lower, oh King, that I may crown you with it.
Of flower of the branch, O bird among the leaves,
O silver fish, that my two hands have taken
Out of the running stream… “ 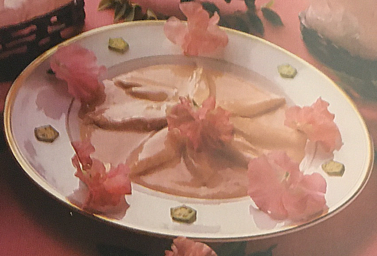 Pink Chicken is a favourite:

“Because I like pink and it has become a special colour for me, I have this very often at luncheon and make all the other dishes pink as well. A glass of pink champagne, of course, completes the picture!”

You can find PDFs of her recipes for Salmon with Green Mayonnaise and Pink Chicken if you wish to have a look. 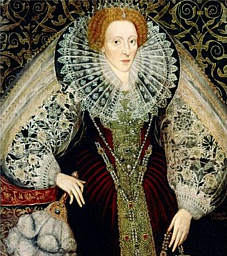 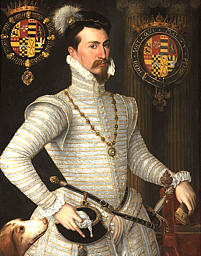 And from the ridiculous to the sublime, in my opinion anyway, Elizabeth 1st wrote this letter to Lord and Lady Shrewsbury, when her great love, the Earl of Leicester, went to stay with them to take the spa waters at Buxton. Previously she had written more formally to thank them for their hospitality, “…Not as done unto him but to our own self, reputing him as another our self.”

I love this. I love the way the words jump out of the page at us. It’s the nearest thing to hearing Elizabeth speak and can be read alongside her far more famous Tilbury speech. The latter is her public, Head of State voice , the former is private and intimate but they both show a vibrant, arresting personality. There are other stories that show Elizabeth as a warm hearted and charismatic woman, sitting by the bedside of sick friends, taking an interest in young people and being endlessly patient with old and loyal friends, like the Earl of Shrewsbury, Bess of Hardwick’s husband, who would seem to have been suffering from dementia towards the end of their marriage. We know that when Lord Cecil, her faithful servant was dying, she sat by his bed, feeding him broth and porridge.

In this letter to Lord and Lady Shrewsbury, we can hear her relaxed and teasing, writing as any woman might to old friends on the subject of the health and fitness of the man she loves.

‘… allow him by the day two ounces of flesh (I refer the quality to yourselves) and for his dinner the twentieth part of a pint of wine to comfort his stomach, and as much water as he likes.

On festival days, as is fit for a man of his quality, you may enlarge his diet by allowing him for his dinner the shoulder of a wren, and for his supper a leg of the same, besides his ordinary ounces of flesh. The like proportion you should allow to (his) brother Warwick….whose body is already so replete, that the wren’s leg be abated, for that light suppers agree best… You shall inviolably observe this order, and so may you right well assure yourselves of a most thankful debtor to so well deserving creditors.’