Honey from a Weed

Honey from a Weed is a passionate record of the life of Patience Gray with her sculptor husband in Tuscany, Catalonia, the Cyclades and Apulia. Avena Mansergh-Wallace reads three extracts for us. 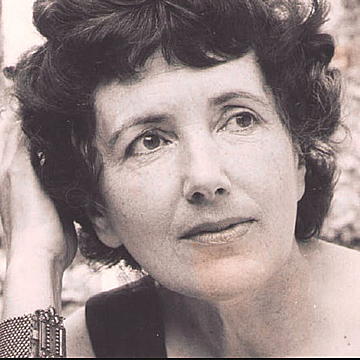 Although Patience Gray made her name with her first book, the 1950s classic Plats du Jour, which outsold the books of Elizabeth David, Honey from a Weed, her second, is regarded as her greatest work. The blurb is right when it describes it as '… a passionate autobiographical cookbook' and says:

'It is Mediterranean through and through, and as compelling as a first class novel.'

It combines vivid descriptions of the places and the country people whose way of life she shared and whose methods of preparing, cooking and preserving she learned to follow with mouthwatering recipes.

The extracts Avena reads are:

The Guardian of the Temple:

Honey from a Weed is published by Prospect Books, illustrated by Corinna Sargood, two of whose illustrations we have used in the headers with kind permission.

• A Cheesemonger's history of the British Isles
• An Indian Table
• Beyond Bratwurst
• Bitter Honey
• Countryman's Cooking
• "Done, Finished, You Lose It"
• Dumas on Food
• Edward Trencome's Nose
• European Peasant Cookery
• Honey from a Weed
• Hungry: A Memoir of Wanting More
• Kafka's Soup
• Kitchen Essays
• La Vita è Dolce
• Life is Meals
• Med: A Cookbook
• Mrs Cromwell's Cookbook
• My American Kitchen Notes
• My Place at the Table
• One More Croissant for the Road
• Orchards in the Oasis
• Relish: My Life on a Plate
• Scotland to Shalimar
• Squirrel Pie and Other Stories
• Summer in the Islands
• Summer Kitchens
• Table Talk
• The Game Cook
• The Perfect Egg
• The Recipe: the dish that saved my bacon
• The Table Comes First

• Food in Literature
• From the Back of the Shelf
• Lockdown Food

Other things to read