Thiamine is known as a carbohydrate burner as its active form is involved in several enzyme functions associated with the metabolism of carbohydrates, amino acids and fatty acids.

Vitamin B1, Thiamine, is water soluble

Without the assistance of vitamin B1, our bodies cannot readily use carbohydrates, leading to significant problems with energy production. It is critical for proper nerve functions, and is needed for maintaining healthy skin, hair and muscles. The highest concentrations of vitamin B1 in our bodies are found in the skeletal muscles, liver, heart, kidneys and the brain.

Sources of vitamin B1

Sources rich in thiamine are meats, milk, cheese, eggs, yeast, seeds, nuts, legumes (beans and lentils), water melon, brown rice, whole and enriched grains, and cereals made from whole grains. Most nutritious foods have some thiamine, and as such, deficiency in the western world is rare. 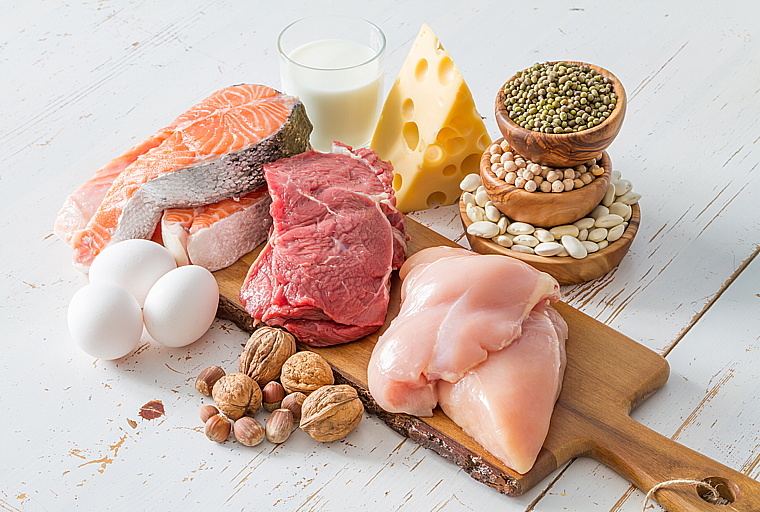 The process of milling rice and wheat flour removes the thiamine from these foods. Therefore, white rice and flour, and products derived from these, are often fortified with synthetic thiamine in Western countries. Furthermore, the vitamin is denatured at high pH and temperatures; hence, cooking and baking may decrease the thiamine presence in those foods.

Our bodies need vitamin B6 to break down protein and build red blood cells. Vitamin B6 plays a vital role in the function of over 100 enzymes, mostly involved in protein metabolism. Vitamin B6 is also involved in brain development during pregnancy and infancy, as well as the immune function. Together with vitamin B9 and vitamin B12, vitamin B6 can effectively reduce homocysteine levels, but subjects’ cardiovascular events—high levels associated with an increase risk of cardiovascular disease—do not reduce.

Recent clinical research supports the use of vitamin B6 to treat morning sickness and suggests a possible benefit in the management of premenstrual syndrome.

Thiamine deficiency can result from poor dietary choices, but also from reduced gastrointestinal absorption, increased metabolic requirements, excessive loss of thiamine from the body, consumption of anti-thiamine factors in food, or a combination of these factors. Both institutionalisation and poverty are known to increase the likelihood of inadequate thiamine intake in the elderly.
Chronic alcohol consumption, which is the primary cause of thiamine deficiency in industrialised countries, may lead to a specific acute neurologic disorder called Wernicke-Korsakoff syndrome. This syndrome results in persistent alterations in memory formation, and is primarily observed in those suffering from alcoholism.
Thiamine deficiency is commonly reported in populations consuming a diet that consists mainly of polished rice or milled white cereals. In fact, the importance of having thiamine in the diet was indirectly discovered in the 1800s, when people in Japan began to show symptoms of a very strange disease, called beriberi. It was soon discovered that the cause was due to the polished rice in their diet, so they were therefore not getting enough thiamine.
Beriberi was described in Chinese literature as early as 2600 B.C., and is now known to be caused by severe thiamine deficiency. It is a disease that affects multiple organ systems, including cardiovascular, muscular, gastrointestinal and the central and peripheral nervous systems.
Supplements:
A thiamine supplement taken orally will help prevent and treat a deficiency, including symptoms of beriberi and inflammation of the nerves associated with pellagra. In specific situations, such as decreasing the risk and symptoms of Wernicke-Korsakoff syndrome during alcohol withdrawal, a thiamine injection is best suited. This also applies to treating other thiamine deficiency syndromes in critically ill people.

Thiamine is likely to be safe when taken orally in appropriate amounts, although rare allergic reactions and skin irritation have been known to occur.