“She’s magical … she’s a doyenne … she’s the absolute first and last word on Middle Eastern, and indeed on Mediterranean cookery … and I don’t know any of the top chefs who she hasn’t touched.” So says Allegra McEvedy, herself a top chef, broadcaster and writer. And who is she talking about? Claudia Roden.

In the plethora of available food books one would be hard pressed to differentiate one from the other in content. One towering exception is Claudia Roden who is generally regarded by most people as a great writer on food  and few people who take the subject seriously will not have at least one of her books on their shelf.

By her own admission she is neither a chef nor a journalist yet it would be hard to match her erudition. Perhaps she could best be described as a historian who looks at a country's cultural history through its diet. Her books that have specialised on Mediterranean cuisine are seminal and by resolutely refusing to pander to today's gimmicks she has become a writer for the ages.

In this unique film Claudia Roden talks of her early years in Egypt, leaving the country of her birth after the revolution in the 1950's, and why she started collecting recipes. Also Allegra McEvedy, Claudia's great friend, assesses Claudia's legacy and tells an anecdote that for her sums up Claudia Roden as a person. 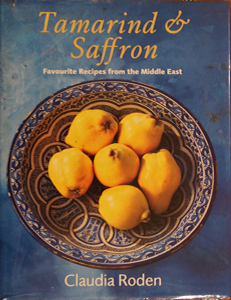